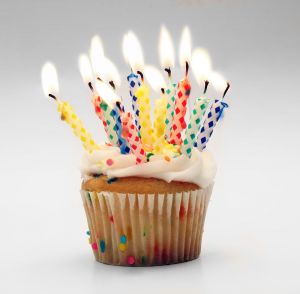 I hope everyone had a nice holiday weekend. This time of year is always an incredibly busy one for me and my family. There are several birthdays in my family between Thanksgiving and Christmas. In addition, I equate holidays with stress because my family is one that likes to discuss politics and religion and I am as far away from most of them in these two areas as one can get. It gets so bad that I’ve dubbed the holiday "Cranks-giving" because I typically come home crabby.

My daughter’s birthday was on Thanksgiving this year, and my birthday was Saturday. My daughter turned 13!  One of the best things about being a parent is getting to see who my children grow up to be. I love to watch their personalities develop. My daughter has developed into a wonderful person. It’s been such a joy to see her grow into her own skin.

The birthdays (my daughter’s and mine) are always stressful for me. I’m not sure if it’s this way with other adoptees or not. Every birthday I am sad. At first, as a younger person, I was sad for the reminder that my mother in Korea had no idea whether I was alive or not. And I had no idea whether she was alive or not. Each birthday, while my adoptive family tried to make it a special day, was always tinged with some sadness.

My first birthday in the United States landed on Thanksgiving Day in
1971. I turned 3 years old and my sister was 2 weeks old. I was newly
arrived and my adoptive mom had just given birth to my sister and I’m
sure it was very overwhelming for everyone. Since that day, my birthday
has always been celebrated on Thanksgiving, even though technically it
lands on turkey day only once every 9 years or so (leap year
contingent). To this day, most of my family members tend
to forget what day my birthday is supposed to be on. There have been
many years when not a single member of my family has called me on my
actual birthday.

Growing up, I knew that my birthday was likely an
arbitrary date made up by my orphanage. At least, that’s what I’d been
told. My name and birthday both were just "given" to me by some worker.
So beginning with that first thanksgiving in 1971 until the spring of
2000, I’d always claimed my birthday to be fake. That’s probably why
somewhere in time I began to dislike Thanksgiving as a holiday. It was
too much of a reminder that I was supposed to be grateful and thankful
for so many things in my life, yet never was there any acknowledgment
that it was also a day filled with tremendous loss.

This year was no different. Although in 2000, I traced back my records
and was able to discover that when I was abandoned in Daegu, South
Korea, I had a note tucked into my quilted jacket with my name and
birth date, the skeptic in me still lingers and I have a difficult time
believing that both the name and birth date are really mine. When I
changed my name back to my "original" Korean name two years ago, it was
my "birthday" gift to myself. I claimed both as a political act, a way
of re-claiming, if you will, of who I thought I was once and declaring
myself from this point forward.

What remains, however, is still this idea that I don’t deserve to
celebrate my birthday. So it is with great hesitation that I allow
people to make a special day of my birthday. I’m 38 years old and I
still don’t feel like celebrating. I am that person who
wants to hide under the covers until it all passes. I can’t take
compliments and I am embarrassed with that kind of attention. I would
rather place all the celebration on my daughter, because in her
I see all the joy and innocence I don’t feel I’ve ever had. Not because I don’t like getting older – I’ve benefitted greatly from appearing younger looking than I am. Even though my chronological age states "38" I neither look nor feel my age.

On Friday
night, I brought my daughter and 3 of her friends to the Panic at the
Disco concert for her birthday present. In so many ways I still don’t
feel like a grown up, but at the concert I sure felt my age! My
daughter was beyond excited and I couldn’t help but feel a little of
that too.

I’ve come a very long way in the past few years. I feel like I’ve
earned 38 this year. I’ve been wondering when I was going to feel like
I was an adult. I think on Saturday I finally understood. So while it was a difficult birthday for me to accept this year, I feel a new phase of my life is starting to get its walking legs. It began two years ago when I changed my name. This year, I graduated from college. I also discovered the world of blogging and made several very important relationships with other transracial adopted bloggers. This year, there are many things I’m truly thankful for – and strange enough, getting older and surviving my life thus far is one of those things.

So who’s afraid of 40? Bring it
on. I’m just getting started.

I was interviewed for this piece about the influencer who relinquished her autistic Chinese adopted son (who she monetized on Instagram and YouTube). . . https://www.mother.ly/news/myka-stauffer-adoption
Repost of @goalkorea 's post. Covid-19 support for Korean adoptees living in Korea.
What are you doing with your day off (if you have a day off, that is)? I'm re-reading research by awesome adoptee scholars for my upcoming presentation. #adopteevoices #adopteesaretheexperts
Join me this coming Saturday when I will present for @affcny on adult adoptees research! https://affcny.org/programs/education-training/online-adoption-foster-care-conference/
Book chapter deadline coming up soon so this is my weekend. #knowourhistory
×
%d bloggers like this: