. . . I will be on a plane to South Korea. I am embarking on my third trip to Korea since 2000 (also the third trip to my birth country since I was adopted) – interestingly, I will arrive in Seoul on the 20th, only one day shy of the day the metal stork brought me to Minneapolis on July 21st, 1971. Thirty-five years later, I’m coming full circle.

Only this time instead of coming to the U.S. alone, sitting on an escort’s lap (my parents did not come pick me up, instead I was delivered to them by a "helper") I will be surrounded by Mr. Harlow’s Monkey and my two children ages 9 and 13. This is the first trip to Korea for the Mr. and the kids. I am thrilled to finally be at a place in my life where I want to include them in this journey, which has been such a struggle for me for so many years. 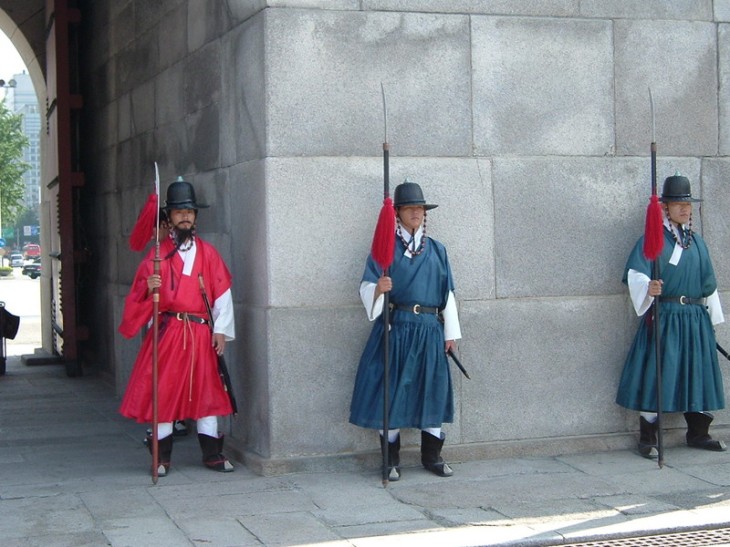 The first time I went to Korea, I traveled with a group of 7 other
adult Korean adoptees from around the U.S. I only knew one other person
in the group, and it was a tough trip. Tough for many reasons – I
didn’t really know who I was, I was just in the beginning stages of
exploring my Korean identity, and I was doing a birth family search.
Along the way, many in our group began to fight with each other, a
result of the immense stress we were under. I witnessed three reunions
as some in our party found their Korean family members. Each time, we
were treated to a big, bulgogi dinner and it was really tough to be
happy for our friends while feeling despair that our own searches were
coming to dead ends.

My adoption has been both a burden and a blessing and I don’t dwell
on either of those dichotomies very often. It’s true that I have
enjoyed great privileges as a result of my adoption but I don’t feel
obligated or responsible to proselytize to others with words like grateful and thankful.
While I do feel grateful and thankful for many things in my life, I do
not feel grateful that I lost my country, my language and my Korean
family through adoption.

But I also don’t feel that I’ve suffered a burden that has so
damaged me that I need to be pathologized. Do I have "abandonment"
issues? Ya betcha. Do I feel that I’ve been able to accomplish some
things despite my "issues"? Absolutely. Do I feel that many adoptees
struggle their whole lives with a paradoxical tug-of-war with their
thoughts and feelings about adoption? Most that I’ve met have.

I’d like to think that this time, I’ll be much more centered. I’m
not looking for myself this time, maybe that is the major difference.
I’m so glad that I had the chance to take those two other trips to
Korea, able to wander aimlessly in the streets and feel like I was just
one more Korean in the flow of pedestrians walking down the sidewalk as
one drop of water flowing down the river Han; so indistinguishable from
all the others that no one would be able to pick me up and emphasize my
differences.

I’m expecting this trip to be hard in other ways. Especially dealing
with Mr. HM in a country that is still quite homogenous and hoping the
stares and whispers are kept to a minimum. Having to explain to people why I "look" Korean but can’t speak the language and won’t know all the customs. I also hope that my kids
learn to be proud of the country they are a part of even though they
live so removed from the daily life of a Korean kid. They are at an age where I think it will be shocking to them, even
though they live in a diverse neighborhood, to see all Koreans,
everywhere they go. They know that I
am adopted; they know I am sad that I’ve lost so much. They will be
traveling to my orphanage and they will see the city where I was likely
born. We will go to the mountains and temples near my birth place and
they will get a historical perspective behind their almond eyes and
dark hair and small-bridged noses.

Here in America, I have only been able to give them a very cultural
tourist sense of Korea. Sure, we eat often at the Korean restaurants in
town; I cook Korean food a fair bit, and many of my friends are Korean.
But there is often this sense that "Korea" is this old, folk tale of a
country. They will be shocked at how cosmopolitan Seoul is. I hope they
see more similarities in the two countries than differences. I hope
they come back to America with an understanding that we are part of a
larger global community. If my dream comes true, Korea will be more to
them than a geographical location, a type of food and a language that
trips up their tongues. I hope their taste of Korea is so delicious
that this becomes just the first of many more adventures there.

What are you doing today? I am watching Eyes On The Prize. Injustice anywhere is a threat to justice everywhere. We are caught in an inescapable network of mutuality, tied in a single garment of destiny. Whatever affects one directly, affects all indirectly. - MLK Jr.
New blog post critiques the use of "forever family"
Heading to DC to educate congressional staff about adoption research! Looking forward to being part of the Research to Policy Collaboration.
Newest article out in adoption quarterly. Continued work on the experience of adoptees.
My first post for #NAAM. Thinking about family trees and families of trees. Where do adoptees find their roots after being transplanted/grafted? #NAAM . . . Image description: From BBC Video. An illustration of many black barked trees with green leaves. Underground their light green root systems connect to each other. In the center distance is a figure of a person in a white top and black pants kneeling down by a tree.
×
%d bloggers like this: