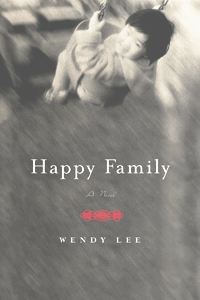 I finished the book on Wednesday night and am really curious what adoptive parents and adoptees think about this story.

When Hua Wu arrives in New York City,
her life seems destined to resemble that of countless immigrants before
her. She spends her hectic days working in a restaurant, and her
lonesome nights in a crowded tenement, yearning for those she left
behind in Fuzhou, China.

But one day
everything changes for Hua, when she meets Jane Templeton and her
daughter Lily, a two-year-old adopted from China. Worried that Lily
will know little about the country of her birth, or her native
language, Jane eventually decides to hire Hua to be her nanny.

From
the moment she steps into Jane’s West Village brownstone, Hua finds
herself in a world far removed from the cramped streets of Chinatown
or her grandmother’s home in Fuzhou. Soon she is deeply attached to
Lily and her adoptive parents. But when cracks show in the beautiful
façade, what will Hua do to protect the little girl who reminds her so
much of her own past? An elegant and poignant debut novel, Happy Family
is an entrancing exploration of love and loss, the familiar and the
foreign, and the ties that bind strangers together.

I don’t want to give away the story, because I want people to read it for themselves. A few thoughts however:

I encourage people to read this book, and maybe we can discuss. Anyone read it already? Want to comment?

That sheriff spokesperson who said the Atlanta mass murderer had a "bad day" and promoted anti-Chinese t-shirts has an adopted Vietnamese brother.
Thanks to @adoptedfeelspodcast for this episode!
I'm currently reading Gabrielle Glaser's book, American Baby and I can only read it in bits because it is so heartbreaking. But as heartbreaking as it is to read about Margaret, George, and their son Stephen/David - I am filled with anger at the social workers who lied, manipulated, coerced, and committed every ethical professional violation.
Ok, wading in to the fray. Long before the Toyota ad featuring Paralympic athlete and adoptee Jessica Long, I wrote about her and other adoptee poster children for Gazillion Voices. Link to article in bio.
Join me on Tuesday, 2/2 at 4 PM EST for an exposé hosted by @RCRChoice about the hidden stories of adoption that reflect connections with crisis pregnancy centers, denial of services to LGBTQ+ applicants, and transracial adoptions to build an army of conservative Christians for God. Link in bio!
×
<span>%d</span> bloggers like this: