You might recognize some of these names in this Minnesota Monthly article. Let’s just start by stating that I absolutely DESPISE the title of the article. But other than that, what can I say? I’m so excited that so many of my friends are out there, speaking their truth. I only hope the world listens.

While Korean adoptees in Minnesota struggle with questions of self, they are inventing a new identity, blending cultures, families, and values. 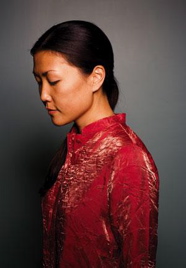 ONE SPRING EVENING in 1998, Jennifer Arndt-Johns’s film Crossing Chasms debuted to a sold-out crowd at the Walker Art Center. It was more than a stunning professional coup for a first-time filmmaker still in her twenties. It was also a surprise party.

As she screened the film—which tells of her search for her Korean birth family and includes conversations with adopted Koreans now living in Seoul—she was startled by a profound and brand-new sense of connection with the scores of Minnesota-raised Korean adoptees in the audience. “I can’t even explain what it was like looking out on this sea of faces of families for whom the film was directly relevant,” she remembers. “I was blown away by the outpouring of a community I hadn’t known existed, even though I’d lived in the Twin Cities from sixth to 12th grade.”

Like many people who were adopted from Korea into the United States in the 1950s, ’60s, and ’70s, Arndt-Johns grew up isolated from others who shared her unusual heritage. Raised in an all-white family in predominately white communities, she was shocked when, during her freshman orientation at the University of Wisconsin–Madison, she was invited to join the Asian-American Student Union and the Korean American Students Association. “It was confusing to me because I didn’t think of myself as an Asian American and I didn’t know what it meant to be Korean,” she says. “I would be on campus walking down the street, and when there were other Asian Americans walking toward me, I would look the other way or cross the street to avoid them.”

© 2006-2023. This content on this web site is copyrighted. Content may not be republished, reprinted or repurposed without permission. Short excerpts and links are encouraged, but for permission to quote an entire post, please email me at harlowmonkey at gmail dot com.